On Oct. 25, the Hussman School of Journalism and Media celebrated a $25 million dollar gift to the school from Walter Hussman Jr. and his family. With the donation, which was officially announced in September, the Hussman School became the fifth named school at Carolina, joining Kenan-Flagler Business School, Gillings School of Global Public Health, Eshelman School of Pharmacy and Adams School of Dentistry. 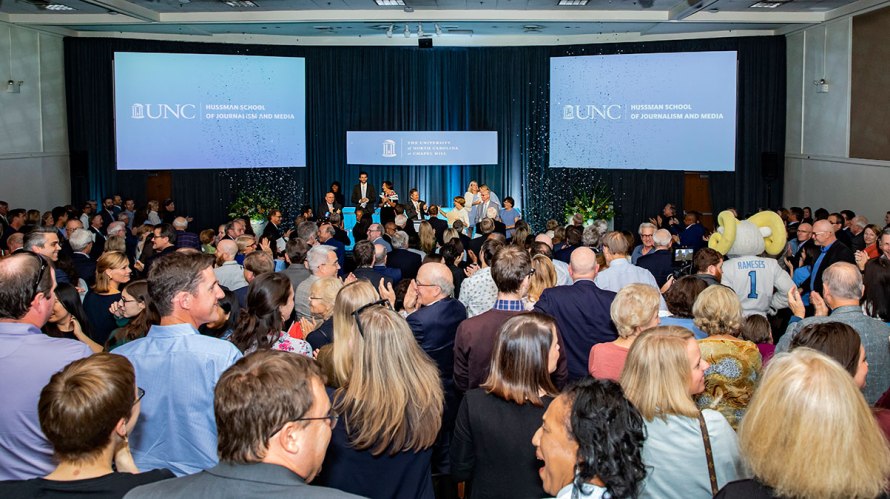 Tagged as: Hussman School of Journalism and Media